How to be Successful in Your New Leadership Role

As a new leader in your organization, you want to do a great job and prove to the hiring team that they made a good investment in you.

One of the most difficult human activities is to take on something new and feel comfortable doing so, especially when your experience in the past has been limited.

Remember when you were promoted to the department manager or given the responsibility to supervise another individual? Recall how you felt about that responsibility.

If you answered yes, you’re like most individuals when invited or asked to accept new responsibility.

You’re Not Alone in Your New Leadership Worries

Many Speaking of Leadership® readers e-mail me describing their fears when they take on a new responsibility without feeling fully comfortable with their capabilities.

Interestingly enough, this happens at all levels in our career. Such anxiety isn’t exclusively found in the newly promoted, but it’s also found in all managerial levels including executives assuming new responsibilities, whether it’s officer level, COO, or even CEO. In reality, the higher up you go, the more eyes are focused on you and the more the organization depends upon you.

As Warren Bennis so clearly articulates in Taking Charge: Lessons in Leadership, leaders need to align their organization to its mission and objectives yet be adaptable with the ability to change direction quickly.

Many new leaders, both experienced and inexperienced, enter a new situation and, for whatever reason, fall into traps they could have easily avoided.

Guess what, you don’t need to know everything! Most people will understand that you’re in a new role and still learning. The best thing you can do is to admit it and ask for help.

Your problems are not unique. They might feel it, but they really aren’t. Which means there’s already a solution out there. Your responsibility is to find the solution.

These seven pieces of advice can help you be successful in your new leadership role.

Leadership Traps You’ll Want to Avoid as a New Leader 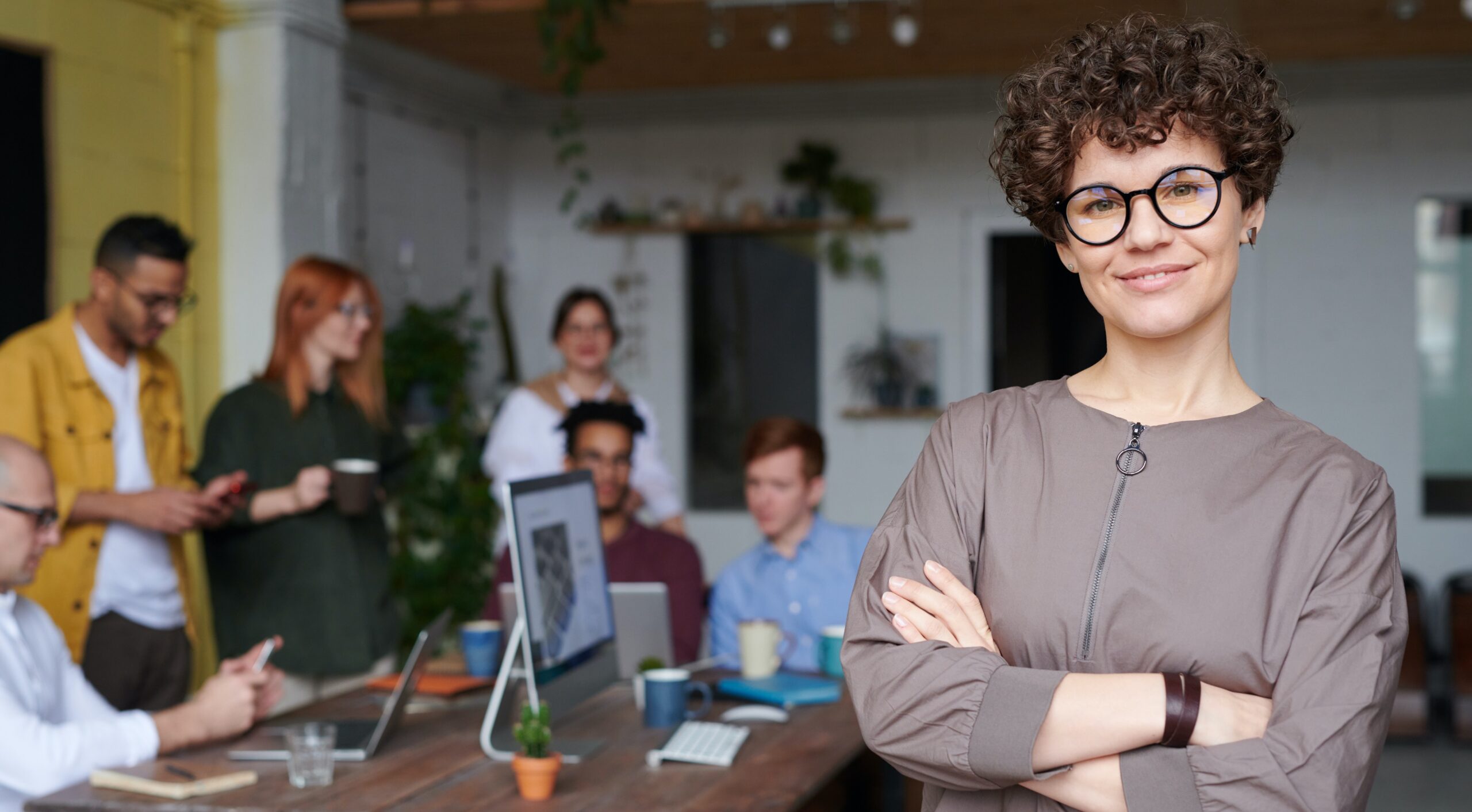 Believing You Have All the Answers

One widely recognized trap is to take on the new leadership position believing you have all the answers, or that you already have predefined “answers” to the organization’s problems.

Even though your answers may be correct, the worst scenario is trying to implement the changes within the first 10 minutes of arriving on the scene. After all, followers also have ideas about what the solution should be and to immediately “tell” them your solution discredits their intelligence.

When assuming the reins, it is important to be a good listener and process what others are saying. Allowing others to help you figure out the correct answer is central in the trust building phase of the relationship.

Go beyond knowing the answers to seeking the answers. Every thoughtful executive or manager should ask these questions regularly:

Often, new leaders come into a situation with unrealistic objectives about what needs to happen or can be accomplished and over what period.

In the enthusiasm of recruiting you to an organization, the board of directors may make statements to you or, better yet, make promises to you that, as time moves on, are no longer relevant.

One of your initial tasks should be to test the assumptions conveyed to you and evaluate for yourself whether they are real and whether they are applicable to the given set of circumstances. Measure twice and cut once is usually a good metaphor for doing your homework.

As an example, I recall when a new CEO was hired to develop a new product and make its initial sales. The venture capitalists were telling him that if he accomplished these goals, they were prepared to continue financing the company. Unfortunately, as we all know, the financing environment changes, and the underlying assumptions rapidly become invalid. Unfortunately, the company was unable to get financed and had to shut its doors. Accepting promises at face value reaped unfortunate results.

Assess Which Skills are Most Needed as a New Leader

I have a son, Tod, who played squash in college. I began following the college men’s national squash rankings and learned that Trinity College in Hartford, CT were national champs for the better part of the last 15 years. Although Harvard was always among the top five teams, they were unable to break through to the top. Then came along Harvard’s new coach in 2010, Mike Way.

Having been ranked 5th when the new coach came aboard, the next year Harvard finished 3rd and in 2013 they were 2nd. The next year – 2014 – they surpassed Trinity to the top spot defeating them by a match score of 9-0.

In talking with Coach Mike Way, he gave some sage advice that is portable to your company.

When a new leader takes charge, survey the climate, and focus on those aspects of your skills that will bring greatest value to the new organization, giving yourself time to grow into the newest aspects of your job.

What does this mean? Mike was a squash coach, not an already trained Head Coach of a university the size of Harvard. There was a lot to learn coming into an organization of this size. Stakeholders were many—team players, Athletic Director, alumni, public pressure to win, etc. I am sure there were others.

He knew instinctively he had to work with the team players using his greatest (and most developed) skill—getting the best out of all the players. His focus changed the culture of the team from playing ‘not to lose’ to playing ‘to win’. 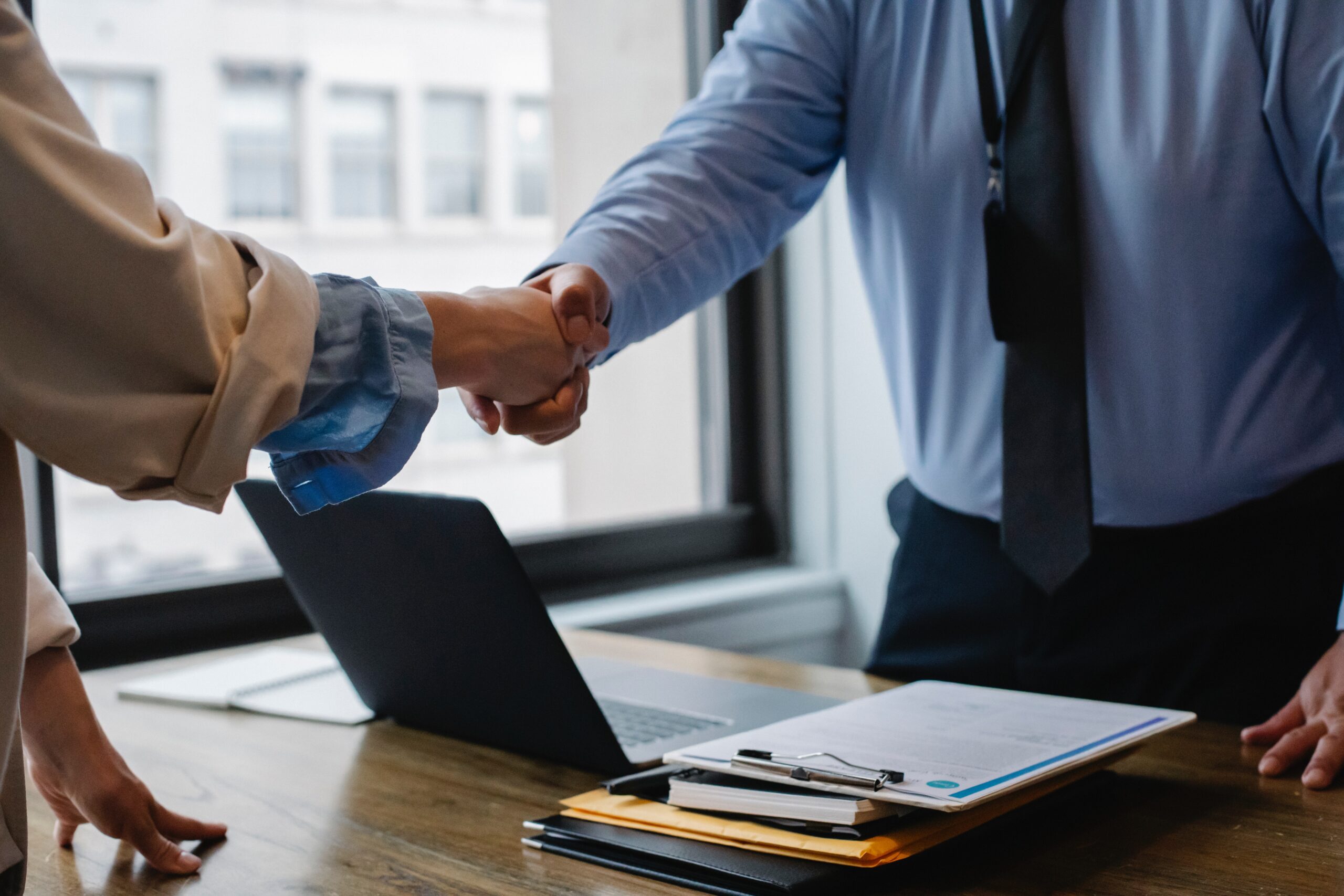 A key strategy for any new leader is to come into an organization and find a way to secure a few early wins-wins for the business where all stakeholders profit.

Remember, all eyes are on you and if there are early wins, it provides the organization with the confidence that future decisions will be favorable for the business. It also loosens things up and allows the development of trust, that important attribute that leaders need to cultivate in their business relationships within the organization.

The more energetically we work on building trust through securing early wins, the more successful we will become at achieving our organizational and business objectives.

Lay the foundation today for wins in the future, such as years two and three. Any presumption that big wins can be accomplished within the first 90 days is unrealistic and can result in early failure.

The new leader needs to be sure that the stakeholders’ expectations are appropriately set and that the organization shows steady progress with short-term accomplishments. If stakeholders’ demands are unrealistic, the leader or leaders need to show respect and clearly articulate the roadmap of the future.

Successful leaders, whether their goal is to build a company from scratch or build a career as an executive at an existing organization, study those who have gone before them and learn from those earlier leaders.

Study the careers of people who have achieved great things, both for insight and inspiration.

Many psychologists argue that we limit our own success by setting our sights too low. In his book The Magic of Thinking Big, Dr. David J. Schwartz observes: “When you believe something is impossible, your mind goes to work for you to prove why. But, when you believe, really believe, something can be done, your mind goes to work for you and helps you to find the ways to do it.”

Continue to Invest in Your Leadership Training

It is not enough to merely study role models.

Jim Nicholson, a successful entrepreneur who has founded, grown, and sold two medical device companies and is working on his third, is quick to point out that mentors played a huge part in his success.

Nicholson started his first company in 1969 when he was a young engineer. It was not successful, but fortunately Nicholson learned a lot from the experience; he had underestimated the financial resources necessary to build a business.

After his initial failure, Nicholson recognized that, to be successful at starting and growing businesses, he was going to have to find a mentor. His advice? “Find a mentor and stick to him like glue.” Nicholson learned that it was important to find a mentor who complemented his own skills—one who helped him avoid his blind spots.

He latched onto a business lawyer who had great experience with founding companies and had a much better sense of the business aspects of running a company, something Nicholson needed to be successful as an entrepreneur.

Nicholson went on to found three successful medical device companies, including Mitek, which produced an innovative technology used in orthopaedic applications. Mitek first went public in 1989 and then was sold to Johnson & Johnson for $128 million, giving the venture investors a return 15.6 times their original investment.

Of course, to benefit from mentoring relationships, we must be open to being mentored. That means keeping our egos in check and being continuous learners.

According to Gary Yukl, author of Leadership in Organizations, effective mentors will have some of the following characteristics:

As with many other things in life, a good deal of the success of the mentoring process will depend on the quality of your relationship with your mentor.

Build on Strengths—and Look Beyond Them

Each of us starts our professional career with a background in a particular area of interest, such as engineering, accounting, sales and marketing, or general business. Once we master the technical skills required in our field, we are then able to build upon those skills, using them to contribute to broader strategy development for the organization.

Take, for example, the work done by Judy Lewent, the highly respected former CFO of Merck & Co. Inc. As reported in a 1994 Harvard Business Review article, Lewent was able to introduce new financial concepts and collaborate with operating divisions to develop more effective decision-making tools. Her goal was to ultimately expand shareholder returns by optimizing profitability. To accomplish this objective, she had to collaborate with the operating units, reaching beyond her financial training and working closely with colleagues in other functional areas. Her first foray into partnering was with Merck’s Research Division, where she brought analytical tools, including Monte Carlo simulation techniques, to the decision-making process for selecting research projects. Merck outperformed the Dow Jones Industrial Average over ten years by approximately 40 percent, and Lewent was promoted to Executive Vice President and President of Human Health Asia in 2002.

To develop as leaders, we need to first master and build upon our areas of expertise—and then move beyond them. We cannot lead a corporation effectively with only the eyes of a finance specialist, marketer, or technologist. To grow as leaders, we must look both for opportunities to further develop our core competencies, but also for assignments that will broaden our perspective and help us understand other disciplines and their relationship to decision-making. Cross-functional assignments—where we get a chance to work with colleagues from other functions within the corporation—can be particularly helpful tools for developing our broader leadership skills.

Follow these seven tips as you embark on your new leadership role for success:

You can excel in your new leadership role and further your career. For over three decades, I’ve been coaching corporate executives like you to achieve peak performance. Contact me today at pholberton@holberton.com or call 781-608-1966 – Direct/Text.