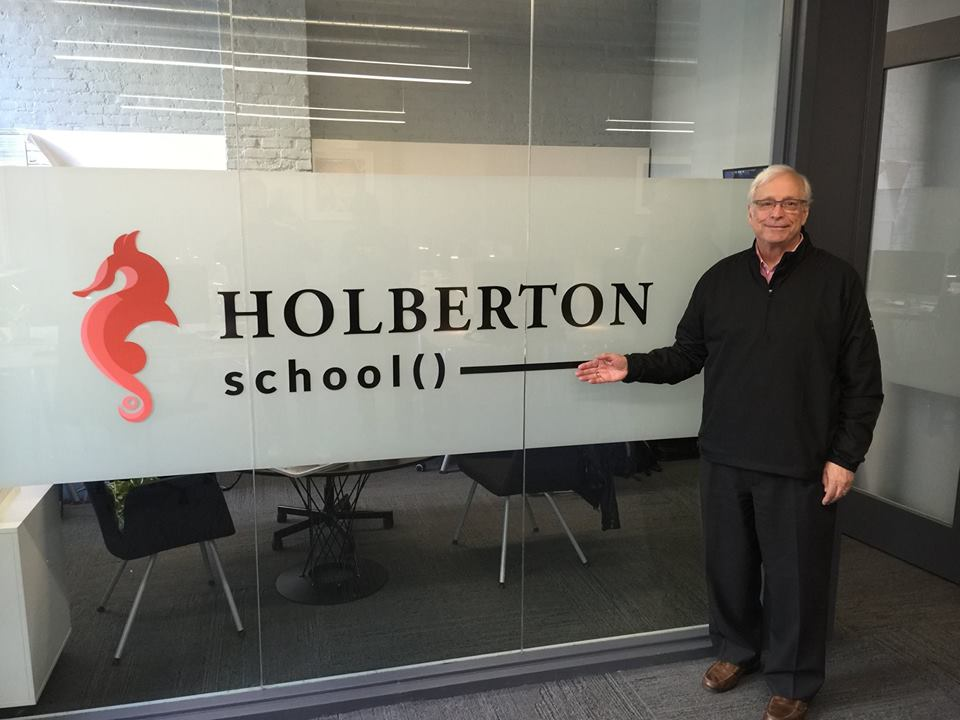 The Holberton School, a project-based college alternative, is meant to prepare the growing generation of software engineers. The school dedicates Betty Snyder Holberton, a Women in Technology International Hall of Fame inductee, who happens to be my aunt.

Holberton is not your typical school

You won’t see any formal teachers here, it’s true. Here, we learn best by doing. Here, every student becomes a mentor because the surest way across the finish line is supporting one another.

We are always asking “why,” we continuously question the status quo. By challenging ourselves and one another, we’re creating a new kind of community. Because diversity brings resilience, we welcome many different points of view. The only thing we won’t tolerate here is intolerance.

The Life of Betty Holberton

Betty Frances Elizabeth Snyder, born on March 7, 1917, in Philadelphia, Pennsylvania, Betty fought her way to becoming a recognized and respected engineer. When she entered classes at the University of Pennsylvania, she had dreams of studying math; but met with her professors’ opposition.

The math department forbade Betty from majoring in math. So, she decided to study journalism, one of the few areas open to women as a career during the 1940s. She saw it as an opportunity to travel, but her love of math never faded.

Betty caught her break in the math world during World War II. The Army needed women to calculate ballistic trajectories. Initially, the Moore School of Engineering hired her to work as a ‘computor.’ Shortly after beginning work, her skills became evident, and the Electronic Numerical Integrator and Computer (ENIAC) program chose her to be one of six women to join.

The six women chosen were 1) Betty Holberton, 2) Kay McNulty, 3) Marlyn Wescoff, 4) Ruth Lichterman, 5) Betty Jean Jennings, and 6) Fran Bilas, as ‘subprofessionals’. These women earned a place in the Women in Technology International Hall of Fame for their work with ENIAC. 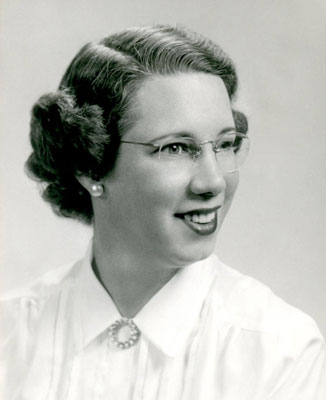 During her time working at ENIAC, Betty had a creative streak, coming up with a collection of productive ideas. According to an article on Fortune.com, her fellow programmer, Betty Jean Jennings, joked that Betty  “could do more logical reasoning while she was asleep than most people can do awake.”

Betty’s engineering career continued after WWII. She worked at Remington Rand, the National Bureau of Standards, and was the Programming Research Branch Chief for The Applied Mathematics Laboratory at the David Taylor Model Basin.

Betty Snyder married my uncle John and took the Holberton name.  During her life, my aunt Betty made many significant contributions to the engineering field. Some of her accomplishments  include:

She even worked with John Mauchly on developing the C-10 instruction set for BINAC, the prototype of all modern programming languages.

When Betty Holberton died on December 8, 2001, at the age of 84, she left a significant legacy behind for the engineering world. Her family continues to share her gift with others to contribute to the forward movement of women in engineering and technology.

The Holberton School and Betty’s Legacy

Betty Holberton was certainly not considered the ‘typical’ engineer during her time. Despite the odds against her, she followed her passion and made valuable improvements in the engineering field.

The Holberton School is dedicated to Betty Snyder Holberton and sticks true to her mission. The original San Francisco, California campus and the other campuses nourish the growth of the next generation of engineers.

Betty Holberton broke the mold when she entered the engineering field, and the Holberton School offers a non-traditional learning experience aimed at allowing engineers to expand their horizons for the good of the technology area.

The Holberton School offers a learning environment free of formal courses and teachers. The focus is project-centered and facilitated through peer learning. Just as Betty learned when she found herself in the Army’s military environment, students at the Holberton School learn by approaching difficult programming challenges with minimal direction.

The Legacy Lives On

While my aunt Betty is no longer with us, her dedication to engineering lives on through the Holberton School’s educational methods. The project-based approach has been adopted by universities nationwide, and software engineers trained in this way have made their way to the top.

A generation of engineers that Betty would be proud of has made their way into companies like Amazon, Google, Facebook, Apple, and Uber.

Betty Snyder Holberton knew she would need to be a pioneer to change the engineering field’s scope as she found it. She pushed forward with courage, strength, and a unique view of programming.